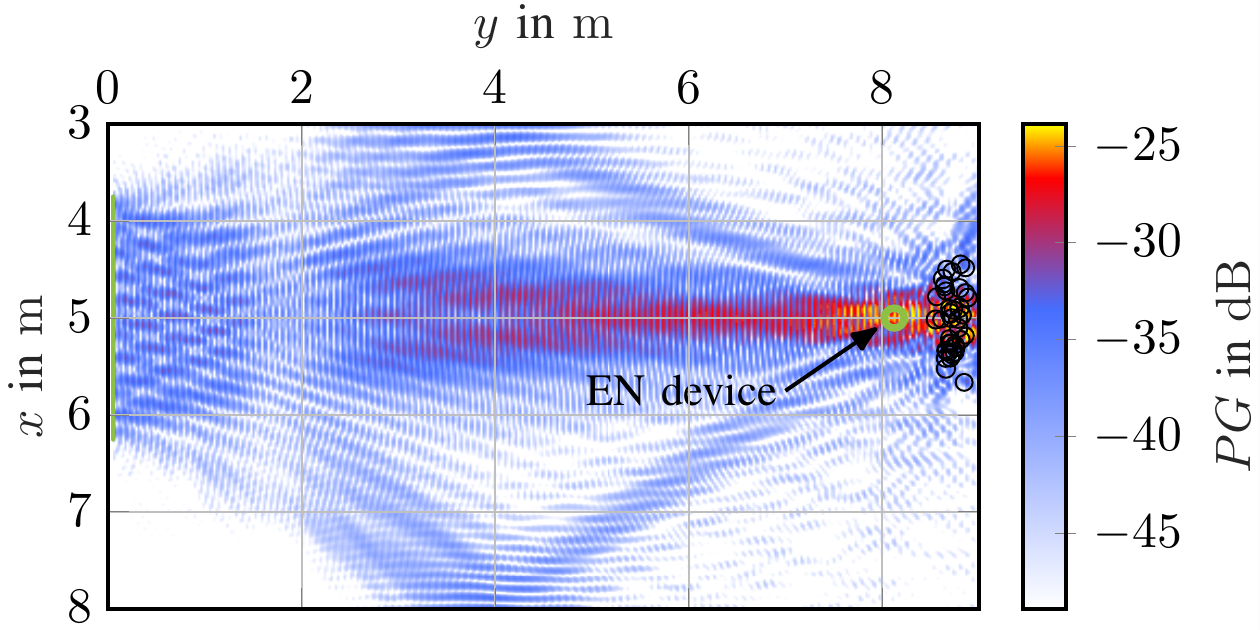 Physically large, distributed antenna arrays are one of the candidate technologies for 6G wireless networks. In this vision, antennas will be embedded within buildings, indoors and outdoors, covering entire walls and thereby moving the radio infrastructure much closer to the user. The resulting wireless network offers radically shifted capabilities, for instance enhanced data rates, unprecedented localization and sensing capabilities, and - for the first time - support for battery-less, fully-passive radio nodes by exploiting wireless power transfer (WPT). Nicola Tesla’s vision of transmitting power wirelessly over (relatively) large distances will finally become a reality.

In this Master thesis project, you will study the signal processing algorithms needed to achieve such wireless power transfer by means of a distributed massive-MIMO infrastructure. Large antenna arrays will allow a focusing of a power beam towards a narrow target position. Among the challenges to be addressed is the initial-access problem, when fully-passive devices (such as RFID tags) are considered. Such devices cannot transmit any signals actively; they communicate back to the infrastructure by means of backscatter modulation, scattering back a tiny fraction of the impinging signal power to the infrastructure. In an initial access phase, the infrastructure needs to find potential target devices, not knowing the location where to focus their power beam. As a possible solution, we consider a sweeping of a beam towards different locations while sensing for potential tag responses. Then the response signal can be used for optimizing the power transfer.

What we expect from you:

If you are interested and want to know more about it, send me an email to witrisal@tugraz.at or visit me in my office at Inffeldgasse 16c.

This thesis is within the European project REINDEER. A part-time employment within the project will be offered.