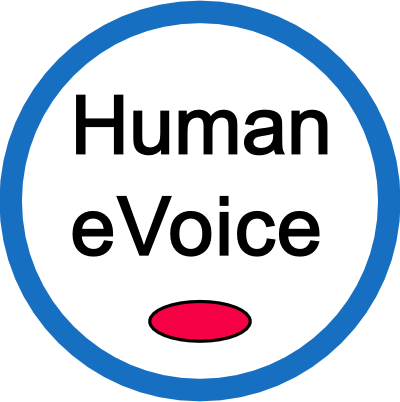 People, who lost their larynx, e.g. due to cancer, depend on a substitution voice. The three most common methods (esophageal voice, voice prosthesis, electronic speech aid) sound male, if they sound human at all. Since for a long time, the huge majority of the patients were men, this issue never came into the focus of research and development. However, in recent years, there has been a significant increase of female patients, so that a variety of voice qualities that go beyond the existing male norm, are of increasing importance for the products of the company partner.

The focus of HumanEVoice is the exploration of possibilities for electronic speech aids. A speech aid replaces the function of the vocal cords by generating an excitation signal by an external device. This signal then passes through the neck tissue into the vocal tract. There, it is modulated by the normal articulation movements and thus generates language. The state-of-the-art of the voice production using an electronic speech aids is almost unchanged for 50 years.

A significant difference between male and female speech is the absolute voice fundamental frequency (ie, the average male voice is deeper than the female). Although we were able to achieve promising results, we have seen that, for example, increasing the voice fundamental frequency is not sufficient to obtain a convincing female voice. In the current project, we want to systematically investigate aspects of electronic speech aids relevant for different patients to overcome their orientation to a male norm. We combine the insights of linguistics and voice research with research in speech synthesis and voice transformation to give women and men after a laryngectomy, a natuaral voice that corresponds to their gender and other relevant social categories.

Based on current knowledge, the following research questions arise:

Since the voice is an essential part of human identity, a successful answer to these questions greatly improve the quality of life and social integration of people without larynx.

A report about this project has been published in the TU Graz research journal and the national newspapers Kurier and Krone (German only):