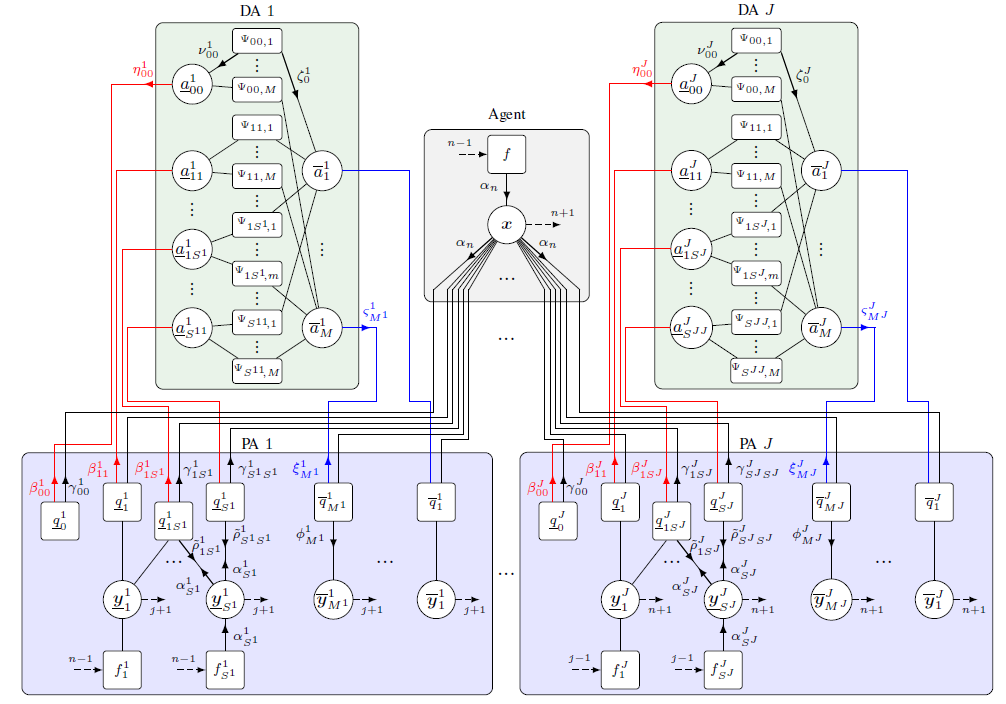 Multipath-based simultaneous localization and mapping (SLAM) is an emerging paradigm for accurate indoor localization with limited resources. The goal of multipath-based SLAM is to detect and localize radio reflective surfaces to support the estimation of time-varying positions of mobile agents. Radio reflective surfaces are typically represented by so-called virtual anchors (VAs), which are mirror images of base stations at the surfaces. In existing multipath-based SLAM methods, a VA is introduced for each propagation path, even if the goal is to map the reflective surfaces. The fact that not every reflective surface but every propagation path is modeled by a VA, complicates a consistent combination “fusion” of statistical information across multiple paths and base stations and thus limits the accuracy and mapping speed of existing multipath-based SLAM methods. In this paper, we introduce an improved statistical model and estimation method that enables data fusion for multipath-based SLAM by representing each surface by a single master virtual anchor (MVA). We further develop a particle-based sum-product algorithm (SPA) that performs probabilistic data association to compute marginal posterior distributions of MVA and agent positions efficiently. A key aspect of the proposed estimation method based on MVAs is to check the availability of singlebounce and double-bounce propagation paths at a specific agent position by means of ray-launching. The availability check is directly integrated into the statistical model by providing detection probabilities for probabilistic data association. Our numerical simulation results demonstrate significant improvements in estimation accuracy and mapping speed compared to state-of-the-art multipath-based SLAM methods.

The figure shows the factor graph representation of the factorized joint posterior PDF of the proposed system model. Details can be found in the paper.

Here the link to our pre-print available on Arxiv.