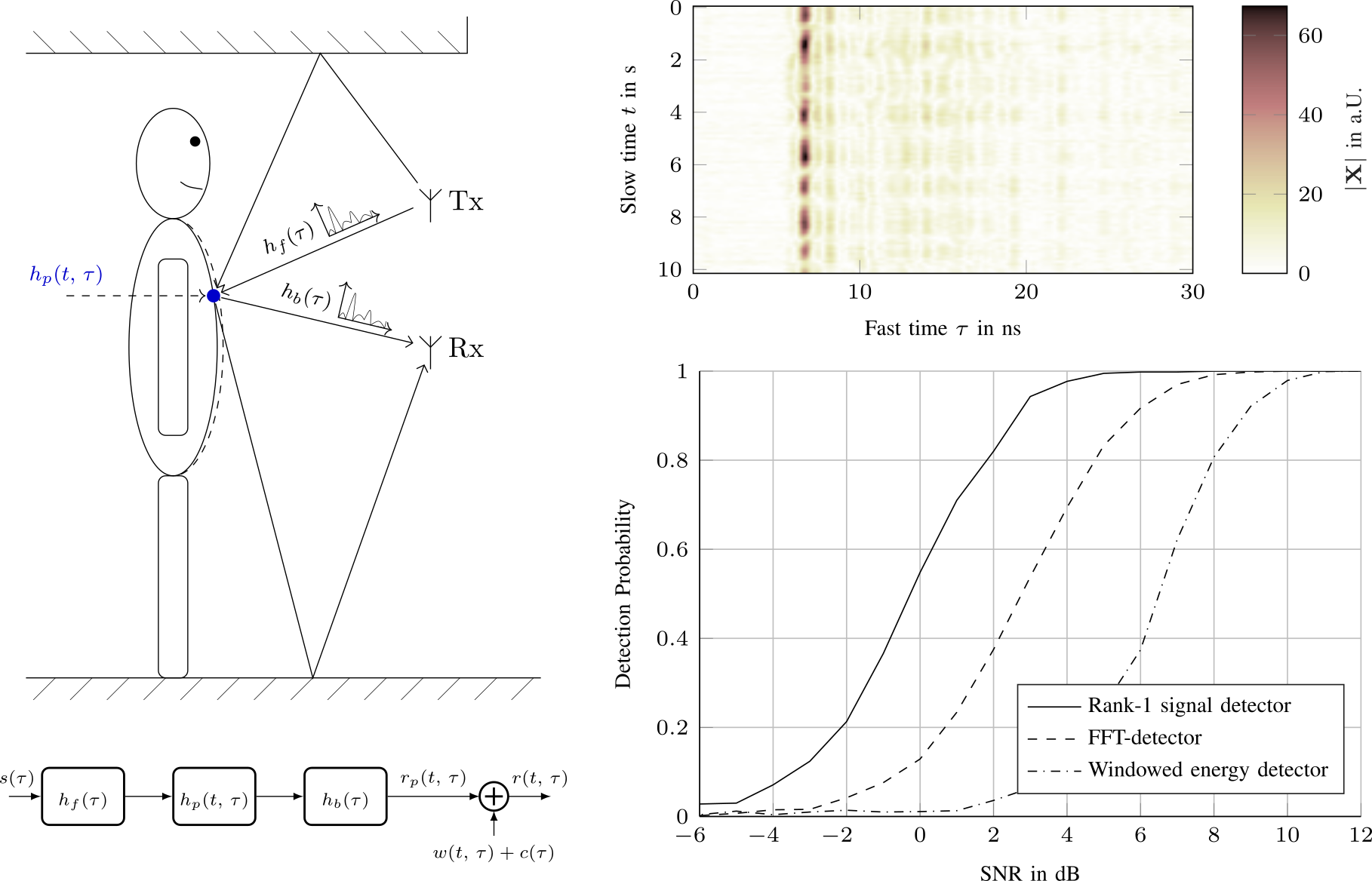 We show, that the UWB nodes of the keyless-access system of a car can be used as radar sensors to detect if the car is occupied.

To distinguish the occupant from the static clutter background, we detect the breathing motion of the occupant’s chest. The influence of the chest motion on the received signal is modelled as a backscatter channel. Evaluating this model revealed, that the received signal is the outer product of the breathing motion and channel delay profile. Modelling the breathing motion and channel as gaussian processes with known covariance, the optimal decision criterion is given by the estimator-correlator. Monte-Carlo performance analysis showed a 3dB increase in the detection threshold compared to a FFT-based detector and, thus, confirms our results.

This work was presented at the 2021 European Radar Conference and will be published in the accompanying proceedings.