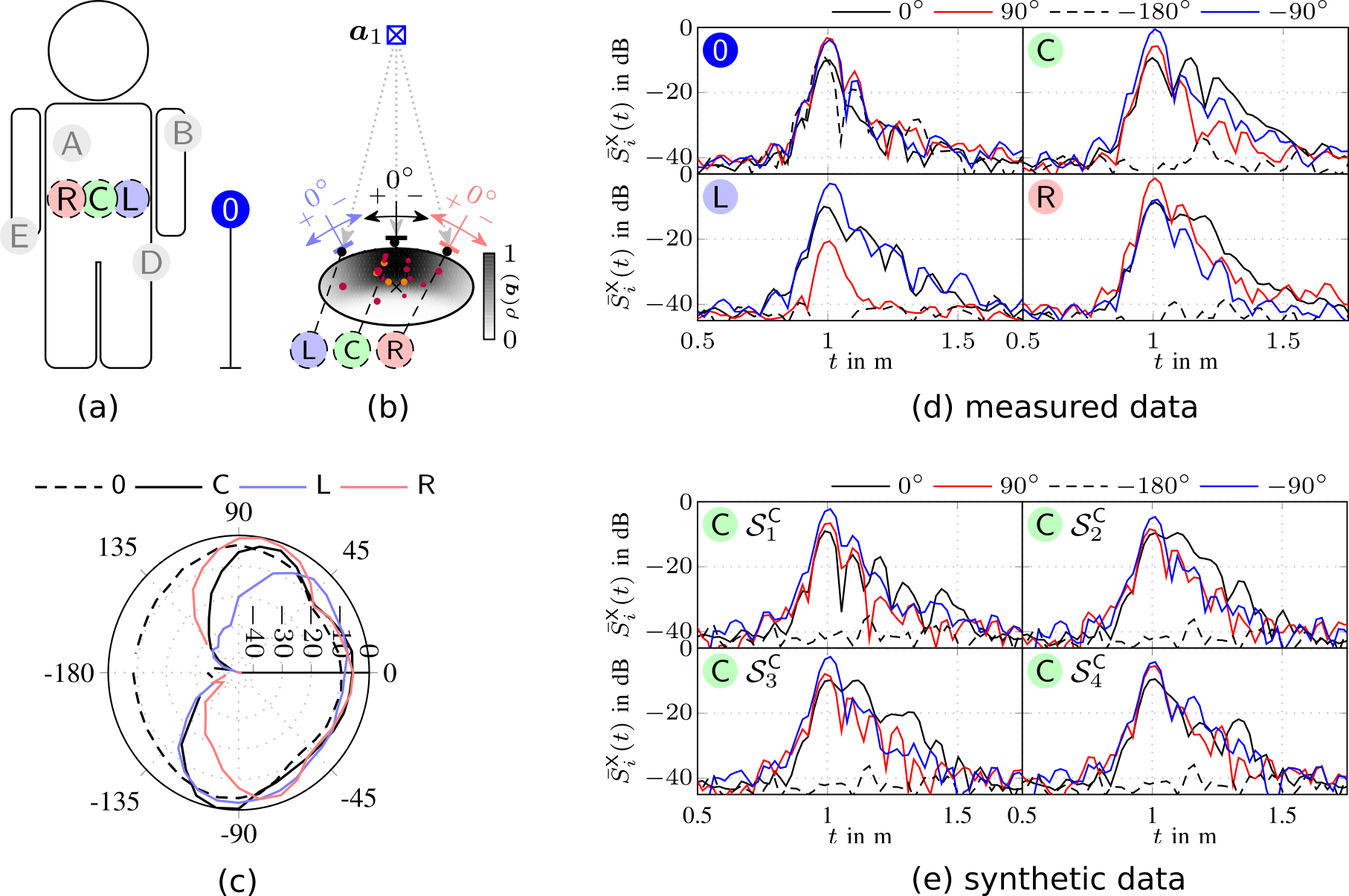 In this paper we describe a simple and intuitive model for the effects of the human body of a user close by a receiver. We specifically investigate the UWB channel in off-body condition, where the agent device is located directly on the human body, and another device functioning as anchor is located in the environment. Due to the high time resolution of UWB signals, the effect of the human body can be modeled by means of a extended object producing multiple scattered paths.

The geometric stochastic channel model is based on a connection between an (empirically chosen) ellipsoidal body shape and a distribution function for the scattering points chosen to fit measurements in terms of the resulting signal shape as well as in terms of the effects visible when applying a maximum likelihood multipath channel estimator. The effect of the human body manifests itself most notably via strong shadowing, climaxing in total signal blockage when the human body is directly in between anchor and agent.

Figure (a) shows popularly used on body positions (only R,C and L where investigated in this work) and reference antenna alone (0). Figure (b) shows the used scatter point distribution as well as the coordinate system used for defining orientation of the agent fixed on the human body. The corresponding shadowing behavior extracted from the measurement campaign is schon in (c), illustrating the effect of slightly shifting the agent position to the left and right on the upper torso in terms of the shadowing behavior of the human body. Figure (d) and (e) compare the measured direct signal with the synthetically generate ones, showing the capability of the model to accurately reproduce shadowing and delay dispersion effects.

The full version of the paper can be found on IEEExplore .