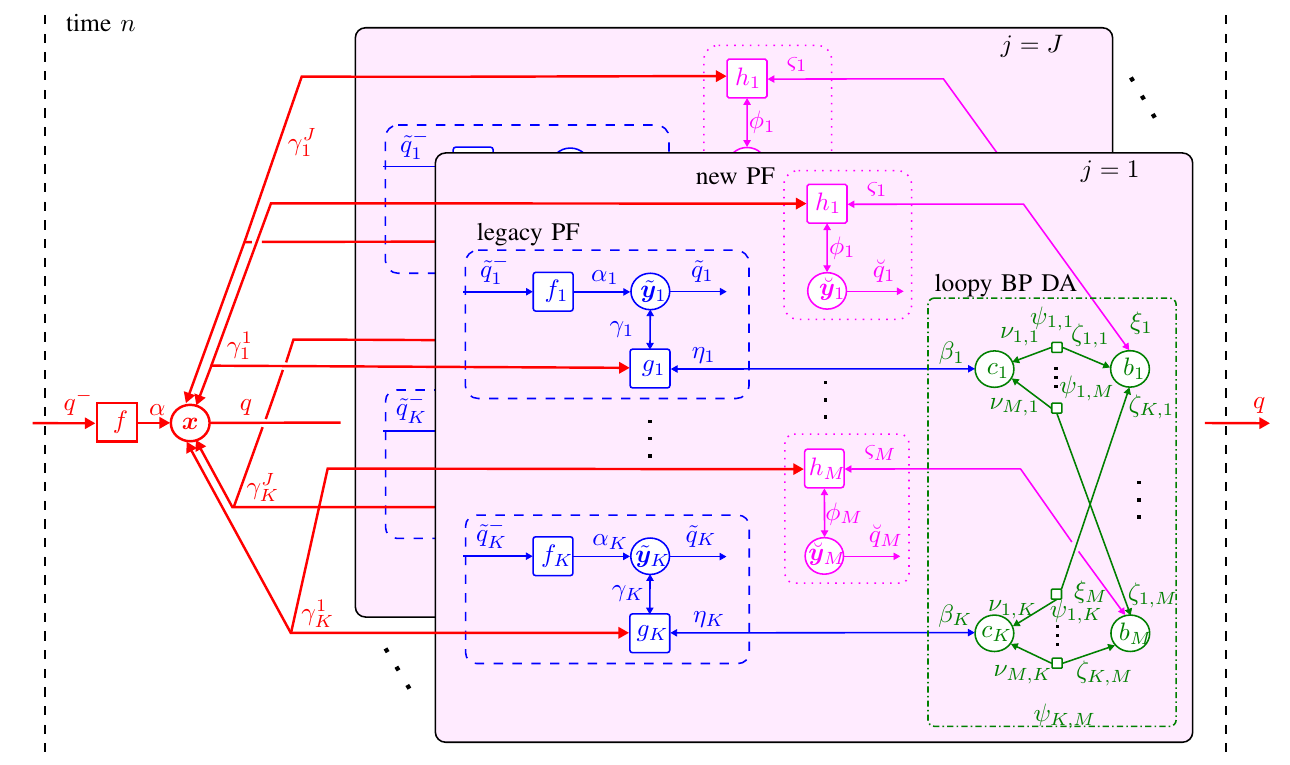 This work presents a Bayesian feature-based simultaneous localization and mapping (SLAM) algorithm that exploits multipath components (MPCs) in radio-signals. The proposed belief propagation (BP)-based algorithm enables the estimation of the position, velocity, and orientation of the mobile agent equipped with an antenna array by utilizing the delays and the angle-of-arrivals (AoAs) of the MPCs. The proposed algorithm also exploits the statistics of the complex amplitudes of MPC parameters, i.e. amplitude information (AI), to calculate the detection probabilities of the features. It is therefore suitable for unknown and time-varying detection probabilities. For improved initialization of new virtual anchor (VA) positions, the states of unobserved potential VAs are modeled as a random finite set and propagated in time by means of a “zero-measurement” probability hypothesis density filter.

More information and simulation results using synthetically-generated and measured data can be found in our paper. (The paper will appear on IEEE explore in autumn.)