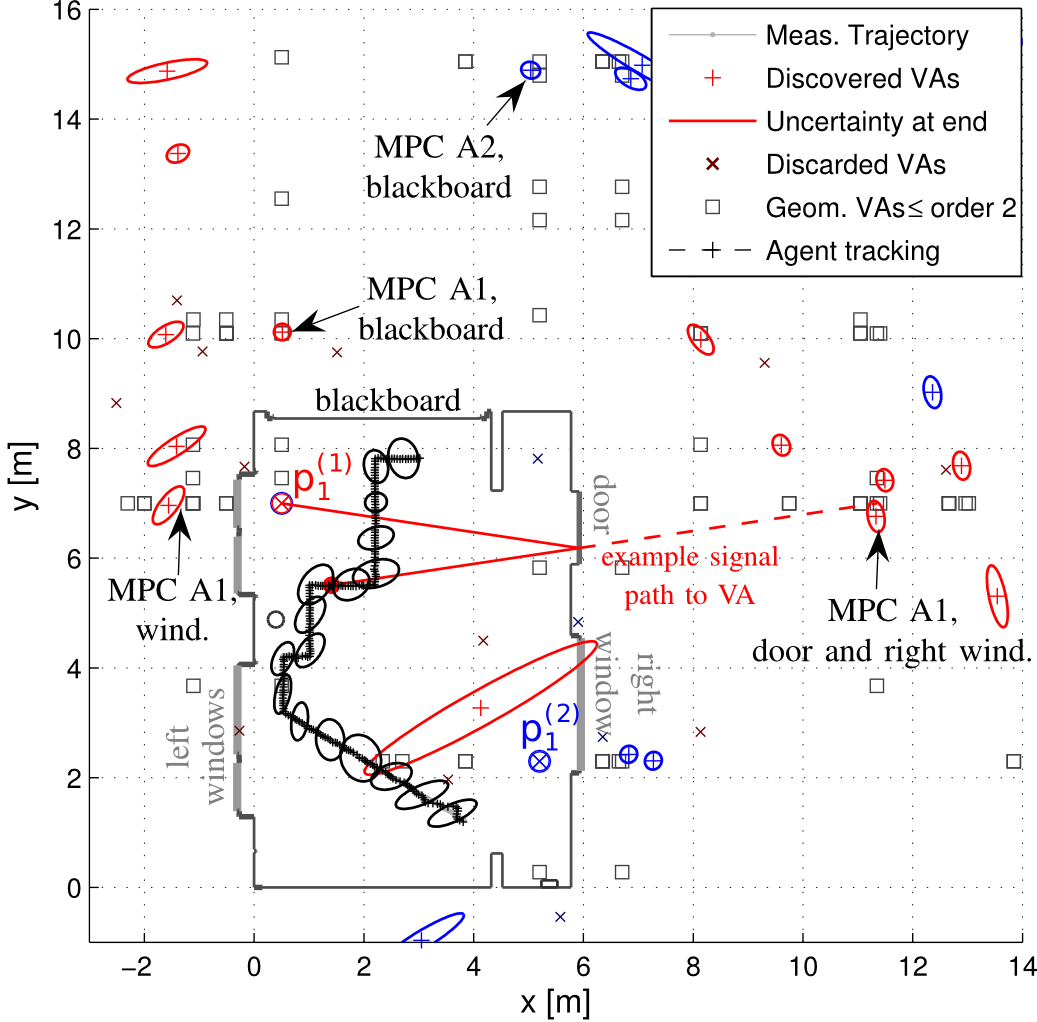 In this work, we propose a new simultaneous localization and mapping (SLAM) approach that allows to learn the floor plan representation and to deal with inaccurate information. A key feature is an online estimated channel characterization that enables an efficient combination of the measurements. Starting with just the known anchor positions, the proposed method includes the virtual anchor (VA) positions also in the state space and is thus able to adapt the VA positions during tracking of the agent. Furthermore, the method is able to discover new potential VAs in a feature-based manner.  The work presents a proof of concept using measurement data. The excellent agent tracking performance of  90 % of the error lower than 5 cm achieved with a known floor plan can be reproduced with SLAM.

The figure illustrates the SLAM approach followed in this work. Two anchors at p11 and p12 represent the infrastructure. The agent position as well as the floor plan (represented by VAs) are estimated using specular multipath, for which one example path is shown. Black squares indicate geometrically expected VAs, blue and red plus markers with uncertainty ellipses (30-fold) represent discovered VAs. An agent tracking result is shown in black with some corresponding ellipses (50-fold). Selected VAs discussed in the paper are indicated.

More information can be found in our paper!