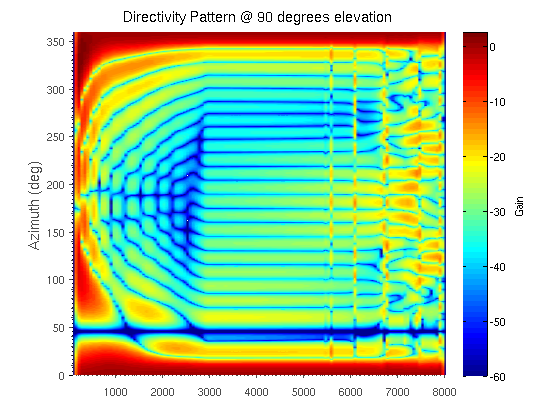 The newly introduced multiple null synthesis robust least squares frequency invariant beamformer (MNS-RLSFI) is a data-independent beamformer which enables null-placement in the directions of competing speakers. It is based on convex optimization methods that determine the weighting coefficients. The figure illustrates the directivity pattern of the MNS-RLSFI based on a 24-element UCA, a steering direction of 0 degrees, and a localized competing speaker at 45 degrees.

More information can be found in the Master Thesis.