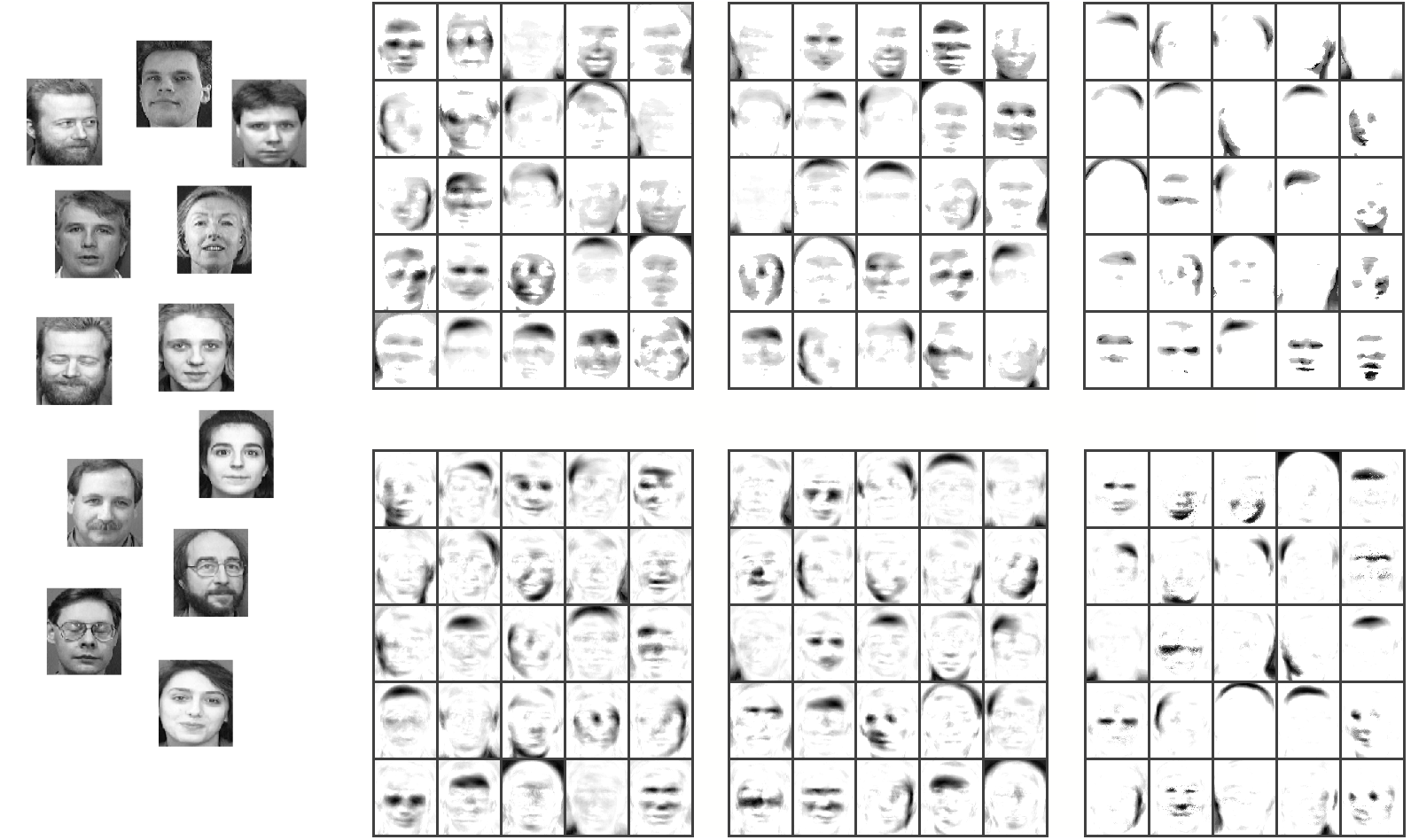 Nonnegative matrix factorization (NMF) is a popular data mining technique, which typically results into a sparse and part-based representation. To further enhance sparseness, several authors proposed NMF techniques which constrain or penalize the L1-norm of the NMF components, which is known to introduce sparsity. Sparseness measured in terms of L0-pseudo-norm (i.e. number of non-zero pixels) is typically considered as hard problem. In this work, simple but effective approximate techniques for NMF with L0-sparseness constraints are proposed. L0-sparse NMF achieves almost the same reconstruction quality (SNR) as L0-sparse NMF, while being significantly sparser in terms of L0-norm.

Further information can be found in the publication!